This is believed to be the oldest pub in Dingle. In 1890, Tom Baker, who came from Gallaras, purchased this well-located premises, and in a short space of time he transformed it into a hive of activity, trading in wine and spirits, tea, flour, wool and general farm supplies, as well as catering for wedding receptions.

A very popular businessman and excellent and colourful orator, Tom Baker was elected to Kerry Country Council. He later became a successful auctioneer, and was appointed as Director of the Tralee-Dingle Railway. Held in very high esteem in Dingle and in the surrounding parishes, he was, in effect, the local ombudsman and was affectionately referred to as "Lord Baker".

He was recognised as a poet writing in his native Irish language and was often published in Patrick Pearse’s journal “An Claiomh Solais”. Tom Baker died in 1934 and is buried at Kilmalkedar.

‘…Writer Chris Moss [TimeOut Travel] describes the tourist town as one of “Ireland’s greatest gastronomical centres” with its 36 places to eat and 50 pubs. While on a working holiday in the peninsula this summer, Moss enjoyed “the best seafood soup in Ireland and the best pint” in Dingle’s oldest licensed premises, Lord Baker’s on Main Street…’
Majella O’Sullivan – Irish Independent – 21 September 2011 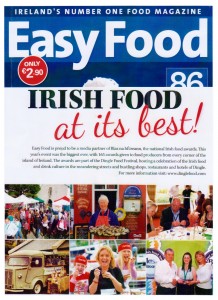